We see it happening all the time: politicians who refer to 'the people' in speeches and interviews, and on social media. Traditionally, this has been associated with populism, but such strategies are now used across the political spectrum. Dutch parliamentarians are increasingly focusing on personalisation and 'authenticity' in their communication. This means that ‘normal’ political communication often sounds populist. However, this type of communication does not have to be anti-democratic and it can actually help people feel heard and represented. This is what communication scientist Edina Striković found in her PhD research. She will defend her thesis on Wednesday, 15 December, at the University of Amsterdam (UvA).

‘Language plays a role in every aspect of the work of politicians, both in the halls of The Hague and on the streets of towns and cities around the country. The way politicians express themselves can influence how strongly voters feel – or don't feel – represented by politicians,’ says Striković. ‘That goes to the core of our representative democracy and that is why it is important that we pay attention to this in research into political communication.'

The only true representative

In her research, Striković focuses on the ways in which Dutch politicians use the term 'the people' and what the effects of its usage are. Politicians refer to the people to show that the voter is being listened to in political decision-making and that they are open to what the people want. This is basically a central part of populist rhetoric: communication is used to build trust by positioning the political leader as part of ‘the people’ and portraying him or her as the only true representative of the people. ‘The people’ are then a homogeneous group consisting of the “real” people who form the backbone of the country. But referring to the people can also take a pluralistic form. Everyone is part of the people, despite (or because of) mutual differences. The intended effect, according to Striković, remains the same: that people feel heard and understood as part of a fabricated and politicised group to which the politician also belongs and which he or she is therefore well-suited to represent.

A key role for communication

But how do politicians estimate the will of the people? In order to form a picture of public opinion as a whole, politicians attach the greatest value to the opinions and experiences of individuals. 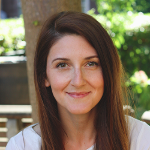 Copyright: Nick Beston
Politicians gather experiences and opinions by having personal conversations with people. Once policies for the broader public have been made, the politicians then use the knowledge gained from those conversations to inform their thinking on how to communicate the decisions in such a way that the individual person feels heard. Edina Striković

The manner of communicating political decisions plays a key role in their acceptance: by addressing ‘the people’, they show that the decisions they have made for the country as a whole are also good for the individual citizen. ‘Politicians across the spectrum do this. Positive references to the people may even be the norm in contemporary political communication. However, it is emphatically not the norm to use references that represent a conflict. In my research I saw how populist politicians frequently pit the people against other actors, framing issues as us versus them,’ says Striković.

‘References to the people matter,’ Striković concludes. ‘Not only in the context of populist communication and persuasion, but also in the broader political context and when it comes to the satisfaction of the electorate, which is something politicians are always interested in.’

Edina Striković: On behalf of the people? Perceptions, usage and effects of references to the people in political communication. Supervisors are Prof. R. Vliegenthart and Prof. C.H. de Vreese; co-supervisors are Dr L. Bos and Dr G.L.A. van der Meer.

Striković’s defence ceremony will take place on Wednesday, 15 December, at 10:00 am, in the Agnietenkapel of the UvA.